So I’m continuing with my game in two weeks. Read the previous article if you missed it. On to Day 3.

Creating a terrain in Unity is easy. Unfortunately it is also a time sink. Building a good environment for my game will be critical in its overall success, but at the same time, I could spend weeks developing a comprehensive virtual world with features that I will never use. So creating the world is time-boxed.

Also, creating the world is a new task for me. Most of my professional life has involved programming. I have dabbled in art and animation and can work with the tools fairly well, but world building is a new trick and some of my skills are a little rusty, so I have given this task a half day.

I have already figured out in my mind what I want the world to look like. The game takes place in a tree-filled valley with a little lake. I know I can build the terrain in Unity itself, or I can create a terrain, build a raw file, edit the height file, and post it back into Unity. It will give faster results in the long run and help me exercise some of those untouched skills. 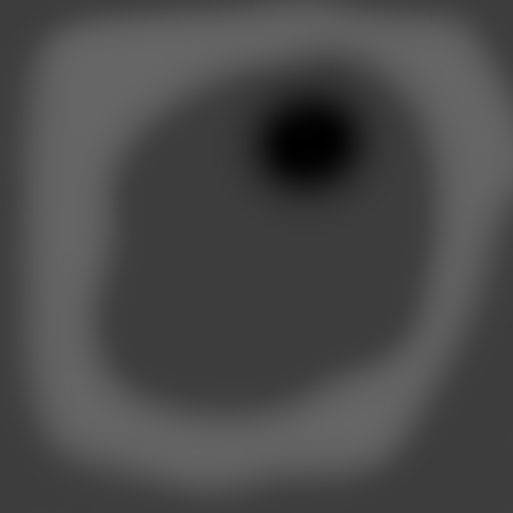 That is my valley’s first pass. Nothing too fancy, nothing that will take too much time. Getting this far into the project has taken over two hours, but it was time well spent as it served as a refresher for many things I had forgotten.

I imported the terrain back into Unity, picked my basic terrain brushes for grass and sand, dropped in some water on the hole, and came up with this lovely world. Note that there is a limit of 4 terrain brushes. I decided to use 3 of them and leave the 4th open for later. 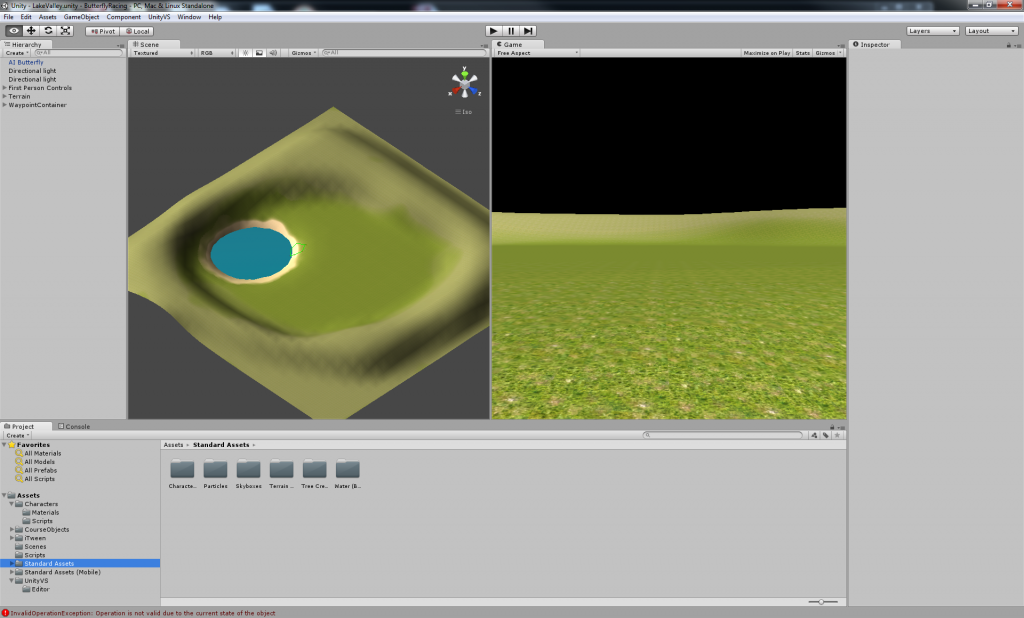 Not too bad for a half day’s work.

The second half of the day was to come up with some models for my characters. Since the game is butterfly racing, I needed to hunt down a good Butterfly model. I already have a good humanoid model through Daz and I probably would be replacing it as well someday, but for right now it is good enough.

Not long after I decide on a (free!) model of a butterfly from one of the royalty-free model sites. I was thinking I’d need to shell out at least $10 for it, but free is a much nicer price. So basic butterfly model goes in to the game. 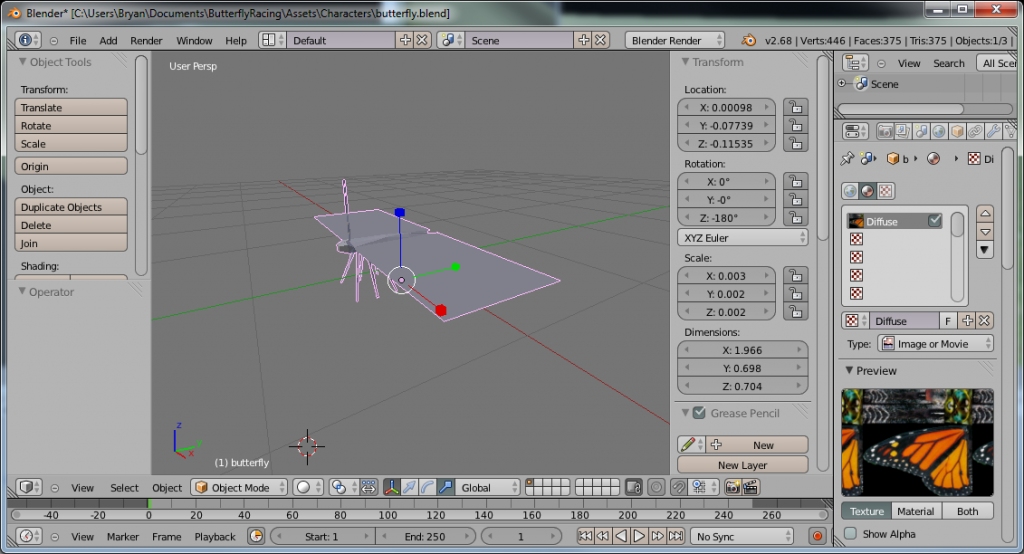 At this point I add my model to the game, hook up a character controller, my camera, and practice driving my butterfly around the world. It takes a little while to test it out on the PC and on the actual handhelds, but it works. Wee! 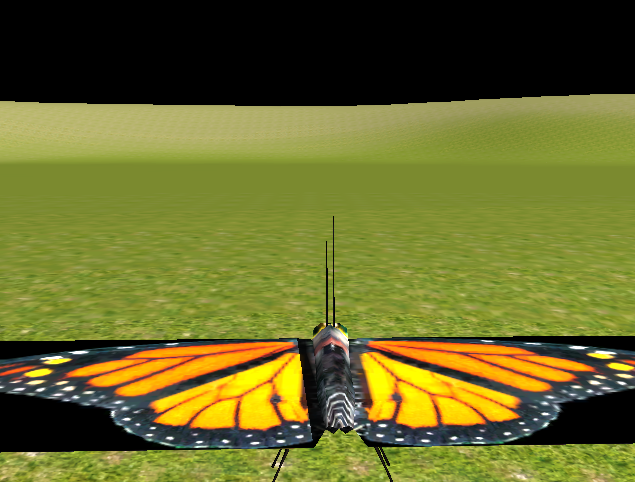 The kids get home from school, and Day 3 is complete. I haven’t written any code to get this far, and I am an hour ahead of schedule. The kids see it, and aren’t really impressed.  I thought about pressing ahead, but decided against it. I’m not too worried about the schedule at this point and it is generally best to have a steady pace through the project.

That is all for today.