Day 9 and of my Game in Two Weeks and things are starting to come together nicely. All the parts have been implemented to some degree or another, now it is time to start filling out the remaining features and removing the scaffolding.

Day 9. Use the Animated Models

Up until now my Unity game had been using a single butterfly model to represent the characters. Now that I have all my fairies (Chloe, Sofia, Zoe, Aria, and Stella) with animations and other features, I need to revisit everything.

First off, getting the models in game requires a little bit of cleanup. The alpha channels in the wings needed to have the textures marked as using alpha, some of Unity’s default shaders needed to be changed to mobile shaders, some animations needed to be marked as looping, and so on. I needed an animation controller graph to indicate the transitions between animations, and a few other small things. Nothing was very complex, but it unfortunately takes a bit of time to track each item down individually.

Next, I added each of the characters to the front end so the player could choose which ones go in the race. 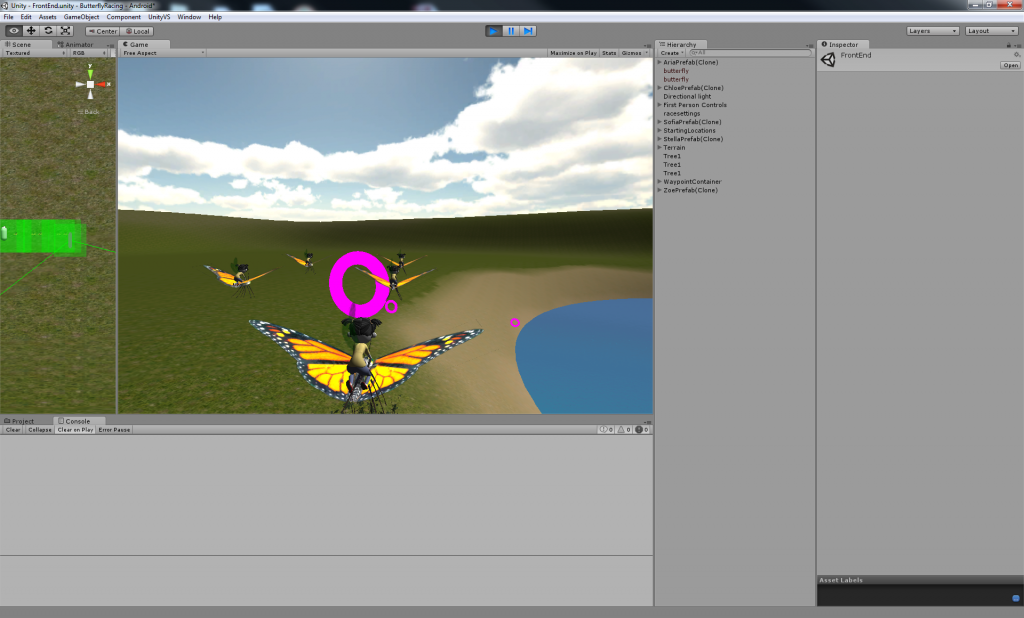 And that wraps up Tuesday.